Veraalba Santa is an actress and dancer from Puerto Rico. While on the island she earned her B.A. in Theater and Dance where she studied and worked with Viveca Vázquez, Rosa Luisa Márquez and Maritza Perez. She’s also participated in workshops and exchanges with Teatro Malayerba (Quito, Ecuador), Augusto Boal (Rio de Janeiro,Brazil),The Bread and Puppet Theater and performed with The Theatre Pigs Troupe (Dusseldorf, Germany), among others. Collaborations with pioneers in contemporary theater and dance led her to participate in multiple festivals in Europe, Latin America, and New York City. Since moving to New York, she graduated from The Neighborhood Playhouse and has worked with choreographer Sally Silvers ( Bonobo Milkshake), experimental film director Lynne Sachs (Your Day Is My Night), and with playwright/director Javierantonio Gonzalez, artistic director of Caborca Theater ( Floridita, My Love and Correo de la noche.)

Pedro Leopoldo Sanchez Tormes is native Puerto Rican performer and current Licensed Massage Therapist. For 11 years he was an active member of the Political Street Theater company ¨Jovenes del 98¨, directed by Maritza Perez; their work has been shown in festivals in the Dominican Republic, Mexico, Argentina, Ururguay and Spain. He also collaborated closely with La Perilla, El Kibutz, Taller de Otra Cosa (directed by performer Teresa Hernandez and contemporary dance choreographer and pioneer Viveca Vazque), among other Puerto Rican independent performers and group. In 2009, before moving to Brooklyn New York, he co-directed his first original play with playwright Rojo Robles. He is currently collaborating as an actor with theater troop Caborca Theater, directed by Javierantonio Gonzalez and very much invested in his Masters Degree in Acupuncture and Oriental Medicine at Tristate College of Acupuncture.

Lynne Sachs makes films, videos, installations and web projects that explore the intricate relationship between personal observations and broader historical experiences by weaving together poetry, collage, painting, politics and layered sound design. Since 1994, her five essay films have taken her to Vietnam, Bosnia, Israel and Germany — sites affected by international war–where she tries to work in the space between a community’s collective memory and her own subjective perceptions. Strongly committed to a dialogue between cinematic theory and practice, Lynne searches for a rigorous play between image and sound, pushing the visual and aural textures in her work with each and every new project.  Since 2006, she has collaborated with her partner Mark Street in a series of playful, mixed-media performance collaborations they call The XY Chromosome Project. In addition to her work with the moving image, Lynne co-edited the 2009 Millennium Film Journal issue on “Experiments in Documentary”. Supported by fellowships from the Rockefeller and Jerome Foundations and the New York State Council on the Arts, Lynne’s films have screened at the Museum of Modern Art, the New York Film Festival, Sundance Film Festival and in a five film survey at the Buenos Aires International Film Festival.  The San Francisco Cinematheque recently published a monograph with four original essays in conjunction with a full retrospective of Lynne’s work. Lynne teaches experimental film and video at New York University and lives in Brooklyn.

Sean Hanley is a Brooklyn-based filmmaker pursuing experiments in the documentary genre.  His short film work, including narrative, documentary, and animation, has been exhibited in film festivals across the United States and Canada. He is the Assistant Director of Mono No Aware, an independent arts organization that hosts an annual exhibition of international expanded cinema in addition to offering year long filmmaking workshops. Aside from teaching 16mm workshops with Mono No Aware, he instructs video production courses at DCTV. For the past three years he has been a staff member of the Flaherty Film Seminar.

Working on “Your Day Is My Night” was his third collaboration with Lynne Sachs. In addition, he has contributed cinematography to projects by MM Serra, Abigail Child, Maria Beatty. He has photographed six feature films and continues to pursue commercial work for clients such MTV, The Discovery Channel, WNBC and AMC. He is currently serving as cinematographer on the poetry feature “Roman Buildings” directed by Brian P. Katz.

Writer, editor, playwright-director and teaching artist. He is the artistic director of the theater and publishing project El kibutz del deseo started in San Juan, Puerto Rico in 2004 and based in Brooklyn since 2010. He has trained with Teatro Malayerba, Taller de otra cosa, SITI Company, Bread and Puppet Theater among other groups and artists. He holds a BA in Theater and a MA in Comparative Literature from the University of Puerto Rico. Rojo recently published a handmade edition of his first novel Los desajustados (The Maladjusted) and is currently working on a short story collection. “To work in Your Day is my Night was a fruitful learning experience that allowed me to understand better the immigration circumstances of one of the most iconic neighborhoods of New York City, Chinatown. As a writer I was able to work completely out of my comfort zone (language included) which is a blessing and a desirable creative place to be. Through the clever filmmaker mind of Lynne Sachs and her experienced crew my ideas about the documentary genre were expanded and I was able to experience a rich process of intelligent experimentation and poetic nuance”. 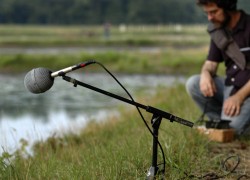 Stephen Vitiello is an electronic musician and media artist. Vitiello’s sound installations have been presented internationally, including MASS MoCA; the 2002 Whitney Biennial, the 2006 Biennial of Sydney, at the Cartier Foundation, Paris and a site-specific project on the High Line in NYC. CD releases include Bright and Dusty Things (New Albion Records); Listening to Donald Judd (Sub Rosa); The Gorilla Variations (12k); and Box Music (12k). Since 1989, Vitiello has collaborated with numerous artists and musicians including Pauline Oliveros, Tony Oursler, Julie Mehretu, Scanner, Steve Roden, Taylor Deupree and Ryuichi Sakamoto. In 2011, ABC-TV, Australia produced the documentary Stephen Vitiello: Listening With Intent. Originally from New York, Stephen is now based in Richmond, VA where he is on the faculty of the Kinetic Imaging Department at Virginia Commonwealth University.

Damian Volpe is a Brooklyn based sound designer, supervisor, and mixer He is part of the creative team at the newly formed Harbor Sound, and a founding member of ((Audience)), a non-profit group dedicated to presenting music and sound art in new contexts, including specifically the use of movie theaters as concert halls. He has collaborated over several decades on a wide variety of feature films (Drive, Winter’s Bone, Margin Call, Forty Shades of Blue, The Namesake, Happiness), documentaries (Billy The Kid, Trouble The Waters) and art pieces (Drawing Restraint 9, States of Unbelonging). His work can also be heard at the award winning Gear Platte River Road Archway Monument and at The George Washington Museum and Education Center in Mount Vernon. His sonic interests include susurration, tintinnabulation, buzz, bottomlessness, and decay.

Jenifer Lee’s parents were from mainland China. She was born and raised in Taiwan and became a New Yorker in 1985. She has embraced the opportunity to see her beloved city through Lynne’s viewfinder and hear stories of other immigrants. She believes that immigrants, at times, are like drift wood washed ashore as a result of historical tsunamis that happened far away. No story is too small to tell. Always traversing between two worlds, Jenifer is happy to use her language skills to bridge the two sides of the sea.

Catherine Y.C. Ng grew up in a special political place, Hong Kong. “I immigrated to New York City in September, 2010. As the director of Your Day is My Night, Lynne shaded my monotonous life in the clothing industry by inviting me to be a translator and production manager on the crew of this colorful film. During a normal work day at my regular job, I communicate with people and organize project progress. I never thought that my knowledge of Mandarin and Cantonese would lead me to engage with a movie production over a period of years.”

Bryan Chang is a member-owner of Meerkat Media, a filmmaker collective and production company specializing in independent documentary. His short documentaries have been featured on The New York Times, TIME Magazine, and CNN. He has worked in post-production at The Onion News Network and The Discovery Channel, and is a regular guest instructor in visual storytelling at the NYU Journalism Institute. He is co-editor on the feature documentary, Narco Cultura, which recently premiered at Sundance and will open in theaters summer 2013.

Amanda Katz was born and raised in South Florida and is a recent graduate of the Tisch School of the Arts with a B.F.A. in Film and Television Production. In the summer of 2012 she spent two months working as a teacher’s assistant for an undergraduate documentary filmmaking and an urban arts course in Paris, France. Amanda has worked for the Film-makers’ Cooperative, the largest archive and distributor of independent and avant-garde films in the world where her films are stored as well. Her short experimental documentary entitled I Still Live Here (a self-portrait) screened this summer at Microscope Gallery in Brooklyn. Amanda was the sound recordist for filmmaker Lynne Sachs’ latest film Your Day is My Night, and is currently starting production on her first feature documentary about a highway in New York City. Amanda remains endlessly inspired by the urban environment and this is reflected in her films.

Jeff writes artful code, often about cities. Recent projects have shown at the Elizabeth Foundation for the Arts and the Pratt Manhattan Gallery, have been published in the New City Reader and the Younger Than Jesus Artist Directory, and are continuously updated online at: 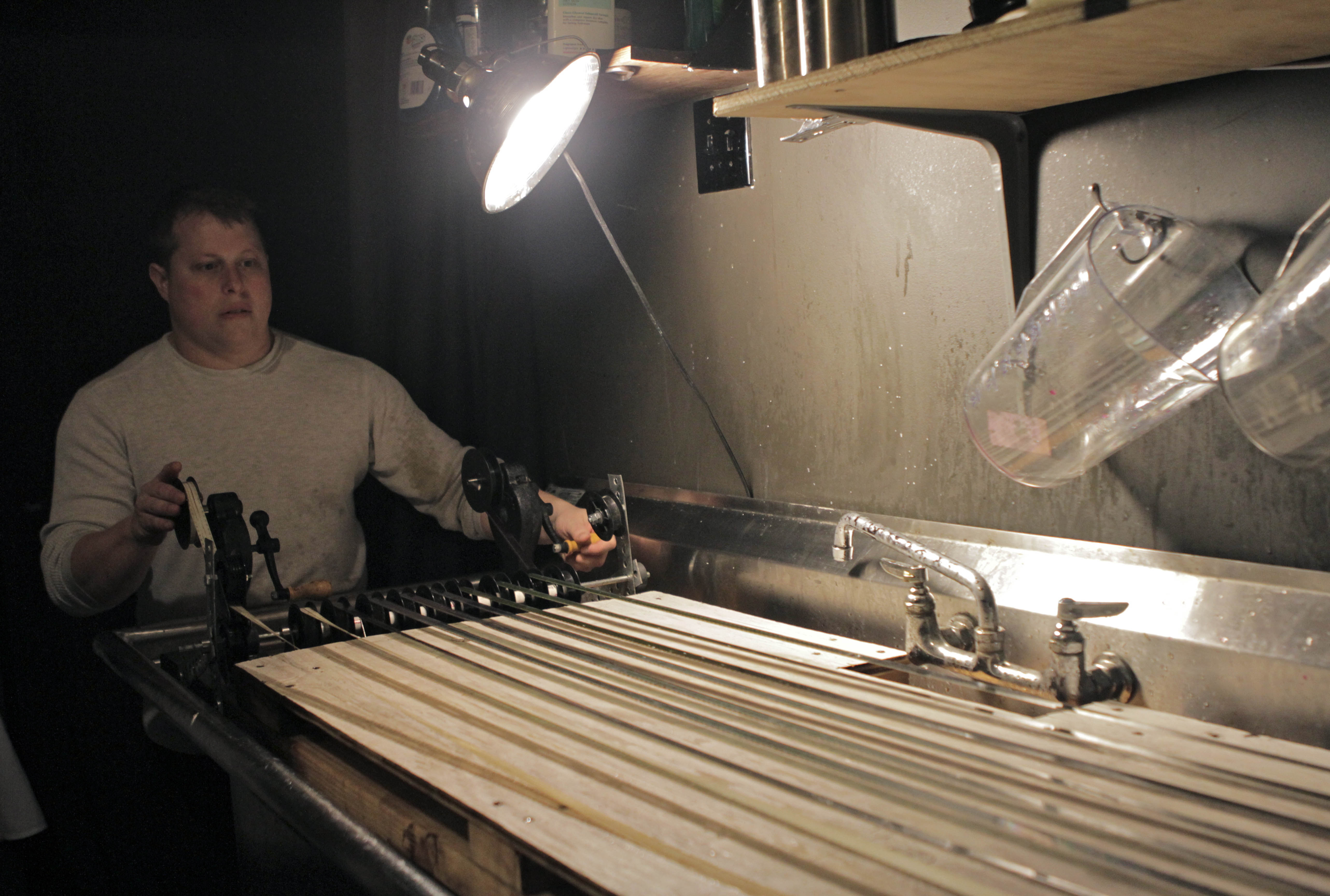 Josh Lewis is an artist working in film, video, photography and performance. His film-based work revolves heavily around chemical experimentation and an unconventional, often derelict approach to darkroom procedures. He is a firm believer in manual knowledge and the transformative potential of an immediate bodily struggle with the elements of the natural world. Josh is originally from Wyckoff, NJ and now lives and works in Brooklyn, NY. 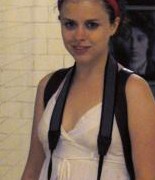 Madeline is a visual artist living in Brooklyn. She works most often in experimental documentary, exploring the relationship between history, media and cultural representation. Madeline was thrilled to document the live performances of Your Day is My Night and to work with Lynne Sachs. Though Cinatown is a vibrant community in the center of New York City, we are rarely afforded a first-hand view into its residents lives. Through performances and testimony from actors within the Lin Sing Association, YDIMN does just that. 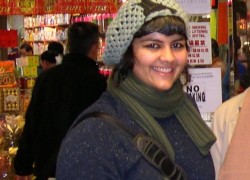 Sofía Gallisá Muriente was born and raised in Puerto Rico and lives in Brooklyn. She earned her BFA in Film and TV production at New York University. A multidisciplinary artist and media maker, she was recently appointed Secretary of State of the Republic of Zaqistan, a micronation in the Utah desert. She has worked under the tutelage of Albert Maysles, as well as collaborated extensively with experimental filmmaker Lynne Sachs, most notably as editor of “Wind In Our Hair”, a bilingual film inspired by the short stories of Julio Cortázar. She also worked as an Associate Producer at HITN, a national Hispanic public television network, where in 2011 she directed and produced “Labor”.

Your Day is My Night (trailer)